PLUS ONE OR MINUS ONE, STARTING AT ZERO

This project is an ongoing and potentially infinite series of 10 minute videos that features a persistent number (which began as 0) to which 1 is either added or subtracted, based on a 50% chance, 10 times a second.

As of the 6th of November 2013 the project consists of 7768 videos and the process of addition or subtraction has occurred 46615768 times; the number is currently -1660. Up to date information and a partial archive of videos can be found online at: http://willburnswebsite.com

The videos are produced using a combination of ImageMagick, FFmpeg and a BASH script running on Ubuntu, all of which are free and open-source. During the festival the videos will be played using a RaspberryPi. 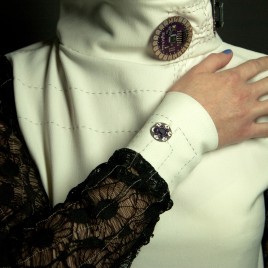 Afroditi Psarra Idoru() is an interactive sound performance that explores wearable technology and the body as an interface to control sound. The project wishes to address issues of body augmentatio... 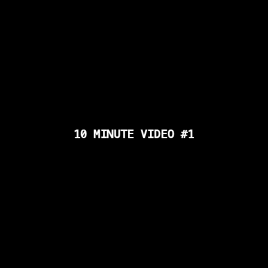 Will Burn This project is an ongoing and potentially infinite series of videos, each of which is unique, self-describing and 10 minutes in duration. As of the 6th of November 2013 the project co...