This is a proposal for an experimental improvised duo performance by Sten-Olof Hellström and J. M. Bowers. The performance will feature exclusively self-made open source software/hardware instruments, sound processors, and other sonic devices, sensor systems and physical constructions. We will focus in particular on the use of multiple Raspberry Pi computers (up to four each) to create a locally networked improvisation environment which creates powerful and detailed electronic soundscapes – soundscapes which are interrupted by the behaviour of physical, electro-mechanical constructions assembled on site in Bergen from locally sourced scrap and raw materials (earth, rocks, water, vegetation) and the sonic behaviour of the performance setting itself through feedback loops and live-sampling. No pre-recorded sound sources will be employed or scores followed. The emphasis will be on responding in an improvised fashion to the material specifics of Bergen, Piksel, the locale of performance, and the emergent behaviours of a network of small computers.

The Peacock’s Tail, cauda pavonis, is a colour stage in the alchemical magnum opus when an array of colours appear. We take this as a metaphor for our intention to bring together several material forms (the geological, the atmospheric, the electronic, the computational) in combination, correspondence, juxtaposition and transformation.

Hellström and Bowers have performed together since the late 1990s, improvising electronic music with a particular emphasis on sound synthesis and live sound processing. Their performances have a dynamic character, varying from delicate particulate sparse textures to brutal visceral intense noise. With a strong commitment to open source software/hardware and self-made instruments, they released, earlier this year, Sine Cera on the Swedish Schhh… label, and plan a follow up for release just before Piksel. 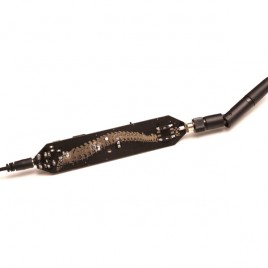 Mario de Vega, Victor Mazón Gardoqui About the workshop LIMEN is a workshop about traffic & wireless telecommunications. Participants will construct an analog and portable device able to amplif... 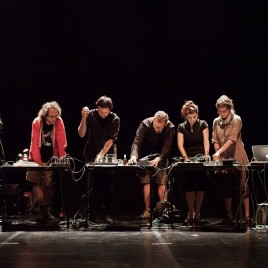