In recent years, we observed the economic crisis manifested in anti-austerity outcry in southern Europe (notably in Greece, Spain, Portugal), we were made aware the widened gap of North-South within the European Union. The ‘crisis’ however does not limit itself in euro-zone alone. October 13, 2012 marks the day of Global Cacerolazo (dubbed global noise) as massive protests across dozens of cities from 25 countries took to the streets. Cacerolazo, began in Chile in 1971 and has since spread globalwise, is a form of popular protest with stewpot hitting/noise generating in voicing discontent and demand for reforms. In solidarity with Cacerolazo movement and in recognition of woman labor/force, laptopsRus proposes crisisRus – network | re: work, an online global Cacerolazo live performance with woman performers, homemakers, writers, readers, makers, workers, artists and activists, across
north-south continents and east-west hemisphere. 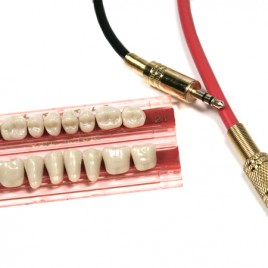 Víctor Mazón Gardoqui Dealing with tactics and techniques of non-visibility, as well as activist strategies towards mass media and propaganda, Mazón Gardoqui’s performance reveals the fragilit...

Louise Harris cs2 is a nine-minute, fixed media audiovisual work in which audio and video interact in a pre-defined and very specific way. cs2 is one of a series of pieces examining chaotic sy...

2 Responses to CrisisRus – network | re: work

hi, jenny, our group name is laptopsrus for crisisrus presentation, can you also include our website, http://crisisrus.laptopsrus.me in your posting. thanks

[…] work has been first shown at Piksel Festival (Bergen, Norway) and at the Festival Vision’R (Paris, France). More dates to follow […]